As Congress continues negotiations this week on another phase of economic stimulus in response to the coronavirus, nonprofit leaders are making their case for $60 billion in emergency funding, a short-term universal charitable deduction, and participation in the emergency Small Business Loan program.

“The charitable sector needs an immediate infusion of $60 billion and a mechanism must be constructed for a rapid infusion of cash to those organizations serving immediate needs in communities facing lost and declining revenue due to the pandemic,” according to a statement released by Independent Sector for the full coalition of  more than 200 national nonprofit organizations

A Republican Senate package limited an above-the-line charitable deduction to $300 in deductions. Sen. James Lankford (R-Okla.) proposed an amendment that would increase the cap on deductions to about $4,000 for individuals and $8,000 for married couples, and be available for all of 2020.

“We know that charitable contributions are likely to take a dramatic hit as a result of the coronavirus pandemic and its impact on our economy. To combat this, Congress must act to dramatically expand the universal charitable deduction beyond the provisions in the current Republican package,” said Daniel J. Cardinali, president and CEO of Independent Sector. He described Lankford’s amendment as “a good place to start” and called on Sens. Chuck Grassley (R-Iowa) and Senate Majority Leader Mitch McConnell (R-Ky.) to allow a vote on it.

“This is not a long-term bill. This is a one-year bill,” Lankford said during a webinar with the Oklahoma Center for Nonprofits this past Friday. “There’s been a lot of push to say we’re not establishing new policies that are going on for decades. We’re establishing things to be able to work through this year of crisis. We’ll debate long-term after this but folks know full well this is what I want to have long-term,” he said of a universal deduction. Lankford previously sponsored legislation that would create a universal deduction after the 2017 Tax Cuts and Jobs Act (TCJA) raised the standard deduction, drastically reducing the number of taxpayers who itemize their income taxes, and thus not taking charitable deductions.

The Coronavirus Aid, Relief and Economic Security Act (CARES ACT / S. 3548) would provide four months of operating expenses from March through June as grants provided the funds are all used to pay staff making $100,000 or less annually.

“The COVID-19 pandemic is a public health emergency. The longer it goes on, the more it also becomes a housing emergency,” said Jonathan Reckford, CEO of Habitat for Humanity International, who also serves as chair of Leadership 18. “When this crisis subsides, nonprofit organizations like Habitat for Humanity will be a key part of building back the economy and aiding those most impacted,”  he said. “Congress’s support of these organizations now will allow us to be ready to serve.” 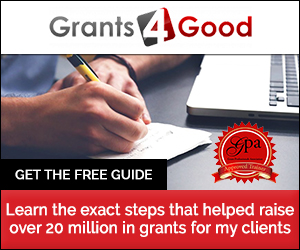 Five Ways to Supercharge Your Nonprofit Board for Fundraising Success

Is Your Nonprofit Board Bored or on Board: the Importance of a Push Back...